I’m not a country music listener. But I’m fond of Kellie Pickler, who made her adorable debut on American Idol. She stole my family’s hearts when she described eating salmon for the first time on her climb to fame, in front of millions of live-TV viewers. Now she’s a well-known recording artist in her own right.

You’re probably old enough to know that a life of celebrity doesn’t mean the living is always easy. Kellie’s bestie, Summer Holt Miller, was diagnosed with breast cancer at age 36. She recently endured a double mastectomy and, this month, began chemotherapy. Like so many other cancer patients facing down side effects, Summer decided to preemptively shave her head.

To support her friend – and to remind the world that mammograms are important even when you’re still in your tender young 30s – Kellie Pickler stood by Summer, and they both got buzzed into baldness together.

Incidentally, the two women have also teamed up with Athena Water, a U.S. company that’s donating a portion of profits to the American Cancer Society in honour of Summer’s battle. (Note: I’m not getting free water to write this.)

I’m always impressed when folks use their rank to spread awareness about worthy causes. In this case, Kellie’s radical haircut serves double duty. I’m sure Summer appreciates having her friend by her side on this hard journey. But the two women are also passionate about helping other women at risk. “If this compels even one person to change their mentality toward waiting until the age of 40 for their mammogram, then it will be worth it,” Miller said in a television interview.

Booked your mammy yet? Go get ’em, tigress. 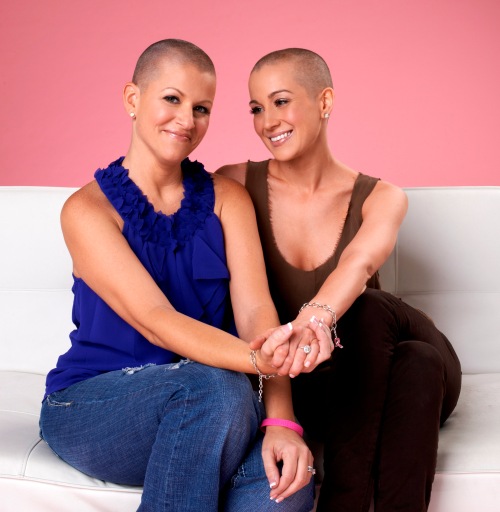