What can you do with a beautiful voice and a heart of gold? Give the gift of song, that’s what. That’s how one young musician, Anya Parker Lentz of Short Hills, New Jersey, makes her mark.

Anya, 16, is unquestionably a rising star. Check out her song samples and you’ll agree. But as she makes a name for herself, she isn’t forgetting her friends. When close pal Jake was diagnosed with dystonia, a neurological movement disorder, Anya was so moved that she wrote a song called “Mission Possible.” And when Jake and his family started an annual fundraiser to support research and awareness of the condition, “Mission Possible” became the unofficial theme song. True-blue Anya performs, of course, at Jake’s fundraising event.

Now this caring young teen is carrying on the kindness throughout the month of October with an online giveaway. Commit a random act of generosity, go to Anya’s Facebook fan page and post a comment or photo describing the deed you did. Each week, Anya’s planning to award one participant a signed CD and a print of original lyric art.

Why make the effort? “I know I’m not going to reach every single person that reads my posts or hears me talk about paying it forward, but you never know who you do reach, who you do truly inspire,” Anya says. “A simple act of kindness can make the biggest difference in someone’s life, so I take every opportunity I have. If I make even a tiny difference in someone’s day, it could turn into a huge act of giving if people just pay forward the small good deed.”

How did a 16-year-old get so smart? In many ways she’s an ordinary kid. Her hobbies include yoga and sewing, and her website attests that she’s “prone to giggle fits with her closest friends.” But Anya also stands out, with her musical talent and her sincere wish to reach out.

“I just want to make a difference,” Anya says. “It’s my goal to make my own lifestyle one of giving and being kind, and doing everything I can to make people smile.”

Her new album, not surprisingly, is called The Giving. 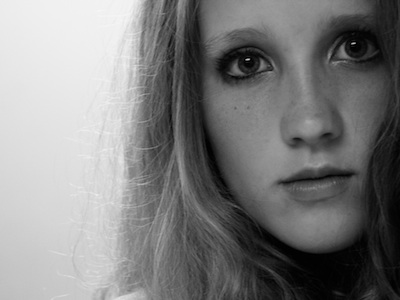 That sing you do… it really is making a difference.