They Say It’s His Birthday

Colin sounds like a terrific, quirky little kid. He lives in Michigan. He has a sister named Ella, a magnificent smile, and a fondness for wearing shirts and ties to school – even when no one else does. Oh, and he’s about to turn 11 years old. On a scale of one to ten, Colin rates his mounting birthday excitement at “about 50.”

But because Colin’s disabilities affect his social skills, he’s convinced there’s no point in having a party. No one would come. He has no friends.

Or so he believes.

Once Colin’s mom got over nursing her shattered heart upon hearing this, she set out to prove him wrong. She started a Facebook campaign called “Happy Birthday Colin,” and began encouraging folks worldwide to send him “positive thoughts and encouraging words.” This, she felt, would create for her son an unforgettable birthday celebration, far better than any party magician, pinata or pin-the-tail game could ever provide.

I think not even Colin’s parents could have predicted just how amazing this upcoming event is proving to be. The Facebook page has over two million likes (put that into perspective: that’s almost the same number as Conan O’Brien’s page). Incredibly, hundreds of thousands of birthday cards have already been mailed to Colin’s post office box, along with myriad parcels.

The best part? It’s all being kept a secret from Colin, who will be surprised – thunderstruck may be a better word – on his actual birthday, March 9. 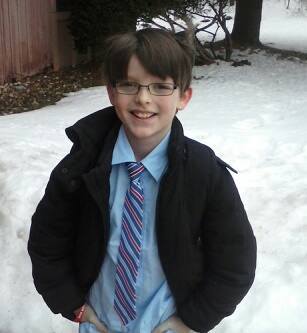 We’re gonna have a good time…

This entry was posted in Guest Stories. Bookmark the permalink.

One response to “They Say It’s His Birthday”