The kid has taste. That’s what I think.

Twelve-year-old William Haley of Bowmanville, Ontario, has a favourite colour magic marker. When we say favourite, we mean he’s so utterly enthralled with these markers that he’s not going anywhere unless one of these bad boys goes with him. The colour is officially Crayola-classified as “primrose,” but that doesn’t tell you much. Primroses, the real ones, come in all kinds of hues –predominantly yellow ones, if Google Image Search is any representation. When primrose is a Crayola marker, however, it’s a striking purply-pink shade that strongly reminds me of one of my most comfortable shirts.

When William, who has autism, identified the primrose marker as the one he absolutely had to have, had to use, and had to carry with him everywhere, his mom Stacey started to panic just a little bit. Markers do wear out. And it’s not like you can go to the art supply store and buy primrose in an economy pack. It’s more like you can spend hundreds of dollars (as Stacey certainly has) on sets of multicoloured markers that might include a single primrose nestled between the cornsilk and the tropical rainforest.

But once Stacey put the word out among friends that she was looking to trade her abundance of specialty-coloured markers for any primrose spares, the story spread quickly. Of course it did. Soon the family received dozens of marker donations from strangers. Even the Crayola company got in touch. (Spoiler alert: William is going to have the best Christmas ever when he discovers what’s wrapped up under the tree, and it’s not tropical rainforest.)

At this point, Stacey says, they’re pretty set. She’s thrilled to have enough primrose markers to last for a very long time, and she encourages well-wishers to support another child with autism instead. “There are always plenty of families in need. Maybe there is some way to help them,” she told The Toronto Star. 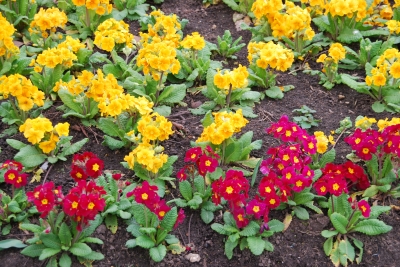