This story has lingered in my thoughts since I read about it last week. Maybe that’s because it’s not the first time I heard about Tinney Davidson, a woman in her 80s living in Comox Valley, British Columbia.

The place she lives is relevant, because it happens to be located on a major walk-to-school route, teeming with teens.

Tinney moved here nine years ago. And while it’s normal to get into a routine after settling into a new home, for most of us it looks like this: laundry every Monday, garbage curbside every Thursday, and perhaps a visit to the mailbox each weekday afternoon. For Tinney, the daily routine involves sitting at the window three times a day, distributing enthusiastic waves and gregarious smiles to the packs of students on their way to and from the local Highland Secondary School.

Believe me, these kids give right back. They’re completely accustomed to catching Tinney’s eye, grinning and raising a hand as they pass by her house. They like it. “She’s just one of those people who’s, like, pumping everyone’s attitude up,” one student explained to a local television station in 2014. Said another: “It makes everyone’s day a little bit brighter.”

That was the year the teens first organized a surprise Valentine’s Day celebration in Tinney’s honour, to recognize the love that flows between them. They invited her to an assembly, presented her with valentine cards, and showed a compilation video of boys and girls saying thanks. “I’m overwhelmed by all this. It’s just wonderful,” an emotional Tinney said at the time.

This year, on Valentine’s Day, the students outdid themselves. Instead of passing by Tinney’s house in the morning, 70 kids gathered in her front yard, decorated her lawn with handmade hearts, and waited around to give her cookies, hand-written valentines – and warm hugs.

“They’re just wonderful children. They just make me feel so good,” Tinney told a reporter. “I think I’m just the luckiest lady alive… I have so much joy from them.” 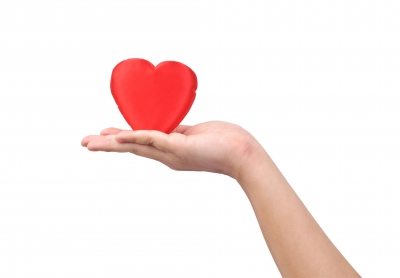 It may be a bit late for a reflect-back-on-the-year-that-was post, but since someone wished me a “happy new year” just last week, I say let’s go for it. Today, we’re revisiting the most popular 50 Good Deed posts of the previous year. Which stories captured the most views? We did this a year ago, and after a series of careful double-blind studies with control groups we came up with our results: In 2014, it was puppies and babies that grabbed your hearts. Kind of a no-brainer, right?

But in 2015, the top posts were a little different. Not that they’re without youngster or canine representation. In third place, “Morris, Who Works Like a Dog” told the story of an adopted sheepdog who has quickly learned to pitch in at the family business… specifically, a funeral home where skills like consoling, comforting and making cutey eyes are in great demand.

The second-most-popular post was “A Close Shave.” This was about my friend Ella, a.k.a. selfless mother of the century, who encouraged her son to shave her head – losing 26 inches of her hair to the floor – just so she’d match him, after his life-saving emergency brain surgery.

Both these stories are heart-rending, because they involve loss, or near loss, and these are terrifying to contemplate. For a complete change, let’s turn to the number-one 50 Good Deeds story of 2015, about a celebrity act of kindness: a few caring words from singer-songwriter  Melissa Etheridge. The words in question were directed at my friend, a (rather starstruck) young flight attendant, while everyone on board his plane coped with a long delay. There are no puppies or children in this story – unless you count my friend’s tired dogs after spending many hours on his feet – but, probably thanks to a few tweets and then a retweet by the fabulous singer herself, “Like the Way Melissa Etheridge Does” gathered more attention than any other blog post all year.

I am always grateful to readers who spend time on this website when there are countless others competing for your attention (did you know that if you enter “blog” in a Google search, you get over five billion results?). Thank you for being an important part of these stories of kindness – because, of course, that’s what you are. No matter where we are in the world, and no matter where we are on our journeys, there are threads that connect us all. (I’m tugging one right now, do you feel it?) Happy new year. 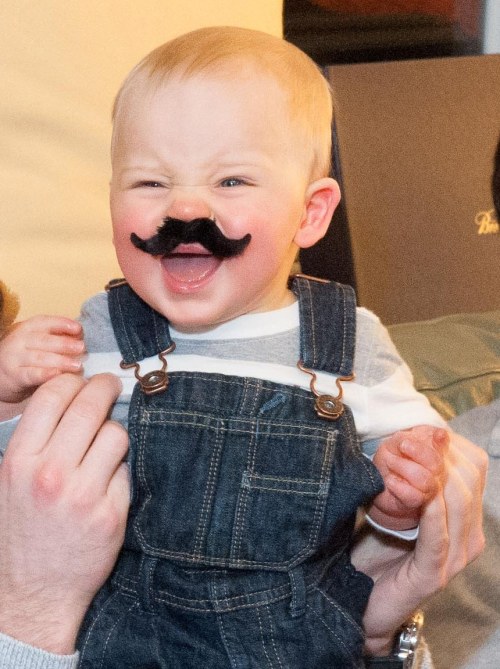 Here you go, fans: A cute baby, and something furry.

How about this new study from the Psychology department at the University of British Columbia? Researchers found that young children aged five to seven have stronger reactions to happy, smiling faces than angry ones. They perceive these positive facial expressions as more intense, and they’re more tuned in to the information conveyed by human beings who are beaming.

That’s a surprise, because apparently by adulthood we’re more attuned to negative faces than positive ones. Presumably, that’s because there’s survival value in picking up quickly on threats and other bad news. When someone is frowning, we know we ought to pay close attention to whatever it is they’re about to tell us. (If we’re lucky, it’s more on the scale of an outrageous dry-cleaning bill, as opposed to a massive alien invasion.)

So why do little kids show the opposite pattern? Why do they have a stronger response to happy smiles? Maybe it’s the way we’re raising them, suggests co-author Rebecca Todd in a press release, noting: “In North American culture we really give a lot of positive reinforcement to our kids.”

I guess what she’s saying is that our kids are used to receiving all their critical information – don’t pick your nose, keep your hands away from the stove, say thank you to Grandma – from a happy-looking face. We don’t scowl at them, but rather guide them with never-ending patience and sweetness. (Are you laughing as hard as I am right now? Hm, maybe that’s where the smiley-face business comes from.)

But seriously, as 21st-century parents go, we are a pretty nice sort. And I like the idea that we are capable of teaching them crucial life lessons without anger or physical force. That our children are getting a whole lot of loving-kindness in their lives. Maybe we do raise our voices once in a while – we’re not perfect. But at least our kids are learning that smiles are important.

If you ask me, that’s a crucial life lesson right there. 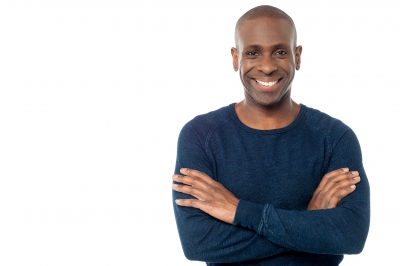 “Son, next we’re going to talk about why you shouldn’t flush the hamsters down the toilet… uh, ever again.” (Photo courtesy of stockimages / FreeDigitalPhotos.net)

The Books on the Bus Go Round and Round…

I’ve given this some thought, and decided it might break my heart to tell you the story of the little girl in Nova Scotia whose tragic early death has led to an unbelievable, exponential number of good deeds everywhere. So I will share a link to this article, stand aside while you read it, and let you be inspired to commit extraordinary acts of kindness, without any guidance from me whatsoever.

Now that we’ve all composed ourselves, let’s talk about a novel way to share book love. No Kleenex required. Thanks to this brand-new initiative in Red Deer, Alberta, small collections of free books are now circulating around the city via public transit routes. If you’re riding a bus with one of these on-board libraries, you’re encouraged to browse through the selection, grab anything you want at no charge, and take books away with you… or simply read while you ride. (Disclaimer: Red Deer officials are not responsible for missed bus stops due to engrossing bestsellers.)

It sounds similar to the Little Free Library concept I wrote about back in 2013. That was the movement that triggered a crop of cute little book houses all over North America (one came to my neighbourhood last year!), offering a range of titles free for the taking and the sharing.

Back in Red Deer, Books on the Bus will run for six months on a trial basis, maintained by volunteers. Book donations can be dropped off at any Red Deer public library. Fiction and non-fiction at all reading and age levels is happily accepted.

Just in case they’re looking for more ideas, I’ve come up with some themed classics. There’s The Wayward Bus by John Steinbeck, The Lilac Bus by Maeve Binchy, Riding The Bus With My Sister by Rachel Simon… and that runaway bestseller, Practical Safety Inspection for Commercial Vehicles, published by the Ontario School Bus Association. We can’t wait for the next edition. 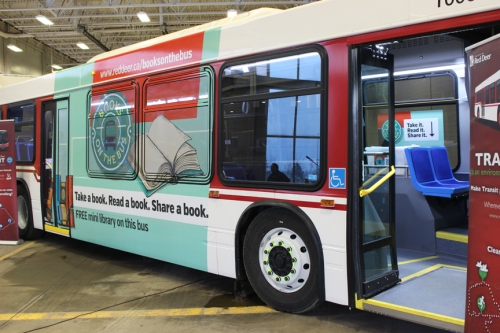 Books on the Bus: An idea that everyone can get on board with. (Photo courtesy of the City of Red Deer.)