The Real Lifesaver is Sweeter

Shanna Williams is only six years old, but even if she lives to be a hundred, I doubt she’ll ever forget what her big brother did for her last month.

Shanna and her 10-year-old brother Garrett were on their way home from school in their grandparents’ car when a Lifesaver suddenly got stuck in Shanna’s airway. Alarmingly, the little girl was choking, her lips turning blue. Grandpa pulled over, lifted Shanna out of the car and frantically began pushing on her chest, trying to get her air. But it wasn’t working.

Garrett quickly realized that chest compressions weren’t going to save his sister. The boy knows from first aid. He took a St. John Ambulance course geared to children when he was eight years old. “I thought, ‘I don’t think he’s going to be able to do it. I’ll have to go out and do it,’” Garrett told CTV News.

Miraculously, Garrett remembered what to do and held it together long enough to do it. He jumped out of the car, positioned himself behind his sister and performed the Heimlich manoeuvre – perfectly. The culprit candy flew out of Shanna’s mouth. Thankfully, the girl started breathing again.

At the school where the first-aid course was taught, an educational assistant told a reporter: “My body is just covered with goose bumps again, every time I hear the story.” The children’s mom, Carla Williams, fully endorses the St. John Ambulance program. “If something like this saves one kid’s life, it’s worth it.”

But they have a new house rule, Carla adds: no Lifesavers. Not ever again.

Unless they’re called Garrett, of course. 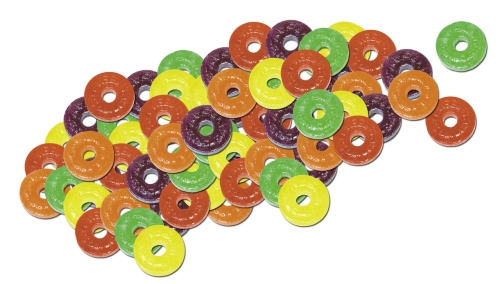